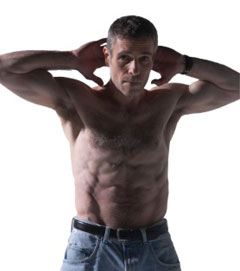 The Warrior Diet is a groundbreaking book by fitness author Ori Hofmekler, and should be required reading if you want to optimize your health and longevity.

This approach is also the ideal diet for metabolic syndrome, as it addresses all of the symptoms at once!

Who is Ori Hofmekler?

Ori is a latter day renaissance man, who has taken the expertise gained from his extensive military and survival training, to contribute to your knowledge of the body and how to diet and exercise for optimal results. His excellent book The Warrior Diet first published in 2002 was the result!

He graduated from the Bezalel Academy of Art in Jerusalem and received a degree in Human Sciences at the Hebrew University. He is a renowned artist who’s artwork has been featured in magazines and art books worldwide. He is the author of a health and fitness newsletter called Take No Prisoners, and has also authored the following books

The diet is really a concept that involves cycling eating patterns throughout the day from underfeeding to overfeeding.

This is based on what humans allegedly did for hundreds of thousands of years before the invention of farming.

Early humans hunted and gathered throughout the daylight hours, eating lightly, and remaining active and alert for dangers in their environment. In the evening they retired to the shelter of a cave or hut and consumed a much heartier meal, to be digested while they rested and slept. 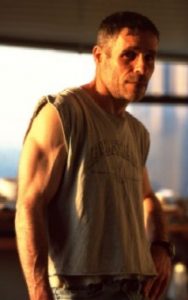 Ori Hofmekler believes that since human beings adapted this pattern over thousands of years, it is still appropriate for us in a metabolic sense, and returning to this pattern in modern times will result in better health. The latest scientific research bears him out!

The human body is genetically adapted to respond both to times of food abundance and scarcity effectively. Thus a cyclic pattern of near fasting and slightly overeating helps to keep your insulin sensitivity and metabolism high, and blood glucose and bodyfat low!

A Diet For Metabolic Syndrome

Metabolic syndrome simply stated is a combination of medical disorders that increase your risk of developing heart disease and diabetes. This makes the diet ideal diet for metabolic syndrome, as it alleviates all of the symptoms of this condition, and promotes greater health and longevity in the process.

The most recent research on caloric restriction indicates that a pattern of under and overfeeding interspersed throughout the day can mimic the effects of chronic calorie restriction, without the downsides.

This plan calls for several light but nutritionally dense feedings during the day when you are most active, followed by a large meal when you finally settle down to rest and relax for the evening. According to Ori Hofmekler, this was the pattern allegedly followed by warriors of the past, who fought and trained during the day, and feasted at night.

You can be sure that there were no obese specimens among warriors, at least, among living ones, as those not fit enough for battle or the hunt likely did not survive!

Ori recommends raw fruits and vegetables, coffee, tea, soups and light protein such as poached eggs or yogurt. These are the foods that comprise the two light meals during the day.

The evening overfeeding meals are made up of larger amount vegetables, protein, fats, and possibly some carbohydrates as well. You can eat liberally from all these food groups as you are making up for the caloric deficits you incurred during the day.

6:00 pm – (eat as much as you want) steamed vegetables with butter, half chicken with skin, wedge of cheese, possibly some whole grain bread, tea

This approach would serve as an effective diet for metabolic syndrome, as the underfeeding during the day keeps your blood sugar low, and the overfeeding at night is just compensating for the lighter eating during the day.

Your food is digested much more readily because your body needs the calories and can devote all of its energy toward processing a big meal. Ori Hofmekler feels that from an evolutionary perspective, this makes the most sense for the largest number of people.

My own experience with cycled fasting and overeating seems to bear this theory out. I like a large meal when I am hungry, and find that the under eating during the day seems to prime my body to process a large meal efficiently in the evening.

To really determine if the Warrior Diet will work for you will require some research and experimentation. Remember that the principles of calorie restriction are scientifically sound, and it is just a matter of adapting them to fit your lifestyle.

Linkedin
Previous Post
Music From Your Past Is Therapeutic!
Search